Native American tribes value the natural elements that surround them and especially the animals that have been on their land for many moons and for which they have a deep respect.

Whether it is the Navajo, Pueblo or Zuni, many Native American artists features emblematic animals in their crafts and work. HARPO's jewelry collections offer superb examples of this.

In addition to jewelry, the Zuni tribe more specifically is known to make fetishes: figurines of all sizes representing various animals. At the time when the Zuni lived from agriculture and hunting, these amulets were indispensable to hunters, who never failed to take them on their expeditions. The fetishes ensure the benevolence of the soul. Each animal represents its own spirit, its own inner strength and protects the wearer.

Below is a list of the most common animal found in Native American HARPO jewelry and their Native symbolism.

THE EAGLE: symbolic and meaning

Emblematic animal of the American West, the eagle is a bird of prey very often represented in Native culture and thus omnipresent in the Native American crafts. This majestic bird is an incarnation of divine force and transcendence. It is an healing animal in connection with the spirits. In Native American jewelry, and particularly in HARPO's collections, the eagle is often represented from its profile on rings, pendants and bracelets, but also from the front and with its wings spread on other pieces.

THE COLIBRI: symbolic and meaning

The hummingbird can be found on many pieces of Native American jewelry presented at HARPO: for example, on the emblematic fetish necklace which features different animals carved in turquoise and other stones, including for some models, this superb bird emblematic of the Southwest. Some of our earrings models are also carved in the shape of hummingbird. Its symbolism revolves around the joy of living and lightness. In spite of its remarkable small size, the bird is able to accomplish incredible things (long distance travel, incredible dexterity and great speed).

THE BEAR: symbolic and meaning

In Native American culture, the bear is an animal associated with power and strength as well as knowledge and health. It is called "medicine man" for its healing aura and powers.

At HARPO the bear is represented on many pieces of sterling silver jewelry: rings, bracelets, pendants. The bear track, a very important symbol in Native culture to represent the animal, is also found on many pieces: earrings, bolo ties, belt buckles.

THE HORSE: symbolic and meaning

The horse is a symbol of travel, earthly strength and freedom. Since this animal is very present in the Native culture, it is of course present on many Native American jewels: bracelets, pendants, rings, brooches or even belt buckles. The horseshoe is also very common, it is a lucky charm that the Native Americans have reinterpreted and call the "Naja". We can mainly find the Naja among the Navajo tribe, on massive and beautiful ceremonial necklaces called Squash Blossom.

THE WOLF: symbolic and meaning

The wolf is an animal that Native American artists represent quite often on their crafts : at Harpo we offer rings, pendants and bracelets with the effigy of this animal symbol of family, loyalty, observation and teaching.

THE BUFFALO: symbolic and meaning

The buffalo is an emblematic animal of the plains of the South-West of the USA. This animal is respected and considered with great benevolence by the Native Americans. It is synonymous of abundance and endurance and grants wishes. At HARPO, you can find the buffalo on rings, pendants and bracelets. 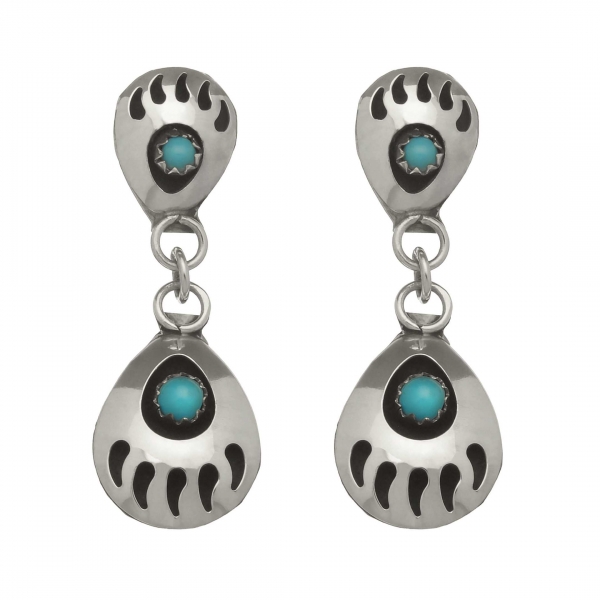 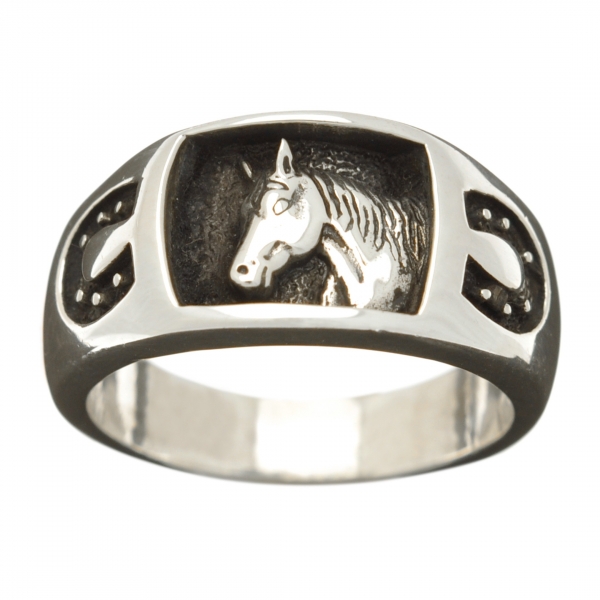 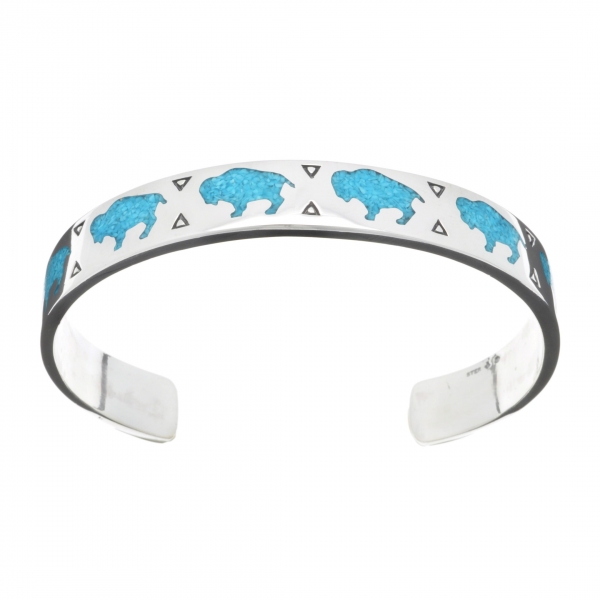